Patient Prism’s co-founder and CEO Amol Nirgudkar met with Kevin Cumbus, Founding Partner and President of TUSK Partners, at Dykema’s Definitive DSO Conference in Denver in July of 2022. In this interview, you will learn what was on top of Kevin Cumbus’s mind at the conference.

Amol Nirgudkar: As a precursor to this conference, you did a workshop. It was sold out, a hundred people or more.

Kevin Cumbus: We had a hundred attendees. We had 46 companies represented across 26 states, representing an affiliated practice network of 411 practices. And we were purposeful about who we had in that room. We wanted doctor-founded, debt-funded groups that were pre-private equity.

We wanted to educate them about getting more out of opportunities. Imagine you're building a business, you've got five locations, you have a million dollars of EBITDA, and you're toiling away. It's really, really hard. And an unsolicited offer comes to you, and you think, "Oh my gosh, somebody likes me. Somebody wants to pay me a lot of money for my business. This feels really, really good."

And all too often, people take the offer. Emotionally, there's a connection there. It just feels great. The reality is there are over a hundred private equity-backed groups today, and many of them would likely want to affiliate with you depending on where you are located, what your payer mix looks like, and which specialty you are in. So, I view us right now in the business of education.

Different private equity backers offer different equity opportunities. They all have different business models, different cultures, and leadership teams. A business like Heartland has the full force of their entire back office in Effingham, along with the wisdom and knowledge that they've gained over the years. It's as good as it gets. And if you want to change and you want guidance, you go to Heartland, right? On the other end of that spectrum is a company like Independence ESO. And their whole business model is, "We're not going to change a thing.” Between those two points of differentiation, there are several other points on the spectrum. And this is what is so amazing about the industry we're in today. So, we wanted everyone to know what we know and try to raise the bar of education.

Amol Nirgudkar: And here is the big point. Not all money is created equal. A million dollars is not a million dollars. It may seem the same amount, but what comes with it varies. And that's why I think you need to have somebody that advises you and educates you on the sales side. You need to know what you could be giving up.

Kevin Cumbus: It would surprise me if there were a group practice or a doctor-run group out there with a million dollars or more of EBITDA that has not received an unsolicited offer. It’s not unique to have an unsolicited offer in your hand today in our rapidly consolidating industry but that letter of intent that you have, there's a lot to unpack there.

What will be the impact of inflation on DSO valuations?

Amol Nirgudkar: What worries you about the current economic conditions? How will they affect debt financing and multiples?

Kevin Cumbus: I actually covered this in the opening remarks of the workshop. We talked about a couple of things that have happened over the life cycle of DSOs. When I started in 2007, it was primarily doctor-to-doctor trades. Heartland was in the mix, and they came in and they became more abundant throughout more states. Valuations went up, right? They were probably around three to five times at that point.

Well, Heartland was the only one at the table, and other companies said, “Oh, my gosh, Heartland is buying businesses at five and trading at 10 to 11 times. They're enjoying the arbitrage.” When there's that much value being created, other entrants will come. So, they did.

In 2007-2008, a recession hit, and coming out of that, we looked back at dental spending, and it was flat, not down. Private equity is looking for nice risk-adjusted returns, and they're surveying the landscape of opportunity, and they saw that dentistry was flat, not down. During the recession we are in, demand went up. Multiples went up two turns.

Let's talk about efficient markets again for a second. If you have a friend who is a hygienist making $130,000 a year and you're working as a sales clerk at CVS making $40,000 a year, all of a sudden going to Hygiene school makes a lot of sense. I think there is going to be a two- to four-year trough, and then there will be more hygienists than we have ever seen.

And then on the cost of capital, the cost of capital is going up. For little deals, it's not that big of an impact. For deals under five million of EBITDA—those tuck-in deals, we're not seeing any decline in multiples at all. Anything above $20 million of EBITDA, we are hearing of deals getting pulled, lenders walking away. Deals for $60 million and up are in a bit of peril right now.

For tuck-in deals, a million to five million of EBITDA, those are still getting done at really nice multiples. The timing is still good.

Are we seeing downward pressure on EBITDA in 2022? Let's say you've got a million-dollar EBITDA business today that's trading at eight times, and so it's an eight-million-dollar deal. If there is compression of EBITDA from a million to eight million and we see a $200,000 delta times eight, that's 1.6 million dollars of lost value. So, that's really where I think we're going to see the rubber meet the road. Will valuations come up enough to help people feel like they're getting a multiple on their 2021 EBITDA? Or are they just going to say, "We'll take the eight on the 2022 EBITDA?”

What can TUSK Partners do to help DSOs with valuations?

Amol Nirgudkar: What can TUSK do to help DSOs create their proformas for 2022 and 2023? How can TUSK help the seller explain their value?

Kevin Cumbus: Buyers are buying your future EBITDA. We work with our clients and help them execute EBITDA-additive strategic initiatives, including acquisition pipeline, renegotiations of insurance rates, and adding specialists to supplement services—all of these things can be done to buoy up the declining EBITDA.

I've got an excellent team here. They are just the best. And while they're spending a lot of time talking with prospective clients and informing them about market dynamics, we are spending just as much or more time talking to the buyers—because they shape-shift all the time as well. We want to know what their culture is, to see if there really is cultural alignment. I don't want my client to take the top offer—the top enterprise value. I want my client to pick the right partner.

Amol Nirgudkar: TUSK Partners has a great program called “a deep dive.” Whether you are in the market or not, whether you're trying to do a transaction this year or not, I would go to Kevin and say, "Kevin, let's do a deep dive." Understand what you know, understand what you don't know, and figure out what your options are, because sometimes unless you go deep, you have no idea that you have options.

I have recommended Kevin to some clients, and they have come out of the deep dive saying, "I don't want to sell right now, but we found we could raise ten million to grow this part of the business." Kevin helped them find that. 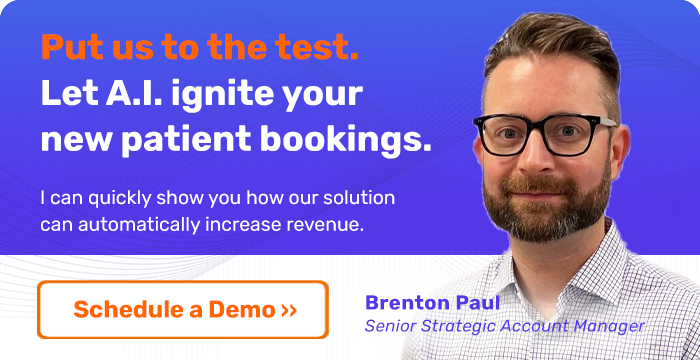 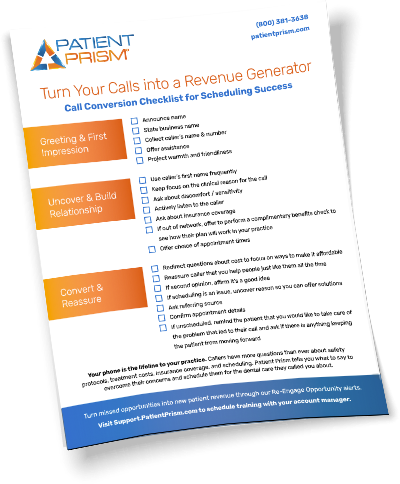 Do Not Attempt to Do Your Own Cyber Security

Cybercrime is on the rise, and Black Talon Security provides the services DSOs need to be well prepared and minimize the...

The pandemic is (hopefully) gone, and 2021 was an excellent year for the great resurgence of dentistry.  Everybody grew ...